The Chopper Bag is an icon to some. All new to others.

Jenni and Jerry Murphy first made the Chopper Bag in the mid-nineties. They owned a leathergoods business called Dominant Leather and had a request from a helicopter pilot in Western Australia, for a gear bag that would stand up to the outback and his work conditions. He wanted a bag that could keep his gear clean, ready for a night on the town once his mustering was done. The bag was likely to be left on the back of a ute in the rain, and tied under the chopper while he worked. It had to be tough and resistant to the elements.

The design was a complete success. The 'Chopper Bag' name was used by the pilots he worked with when they ordered a bag for themselves. The word got out and people from all walks of life now know of, and indeed own, a Chopper Bag.

Jenni stopped making the bags around 2010. She has been missed too! I am doing my best to fill her shoes.

I met my first Chopper Bag in late 2014 at an Expo where I had a trade stand for my custom made canvas gear. Jenni Murphy met me at that stand and with a twinkle in her eye asked me about what I do. We chatted, and discussed her Chopper Bag. Later in the Expo she brought one to show me. I loved it! So simple, yet detailed. Very strong, very capable. Very different.

After that, things fell into place. Jenni kindly agreed to let me do a workshop day and I got to know the ins and outs of making the Chopper Bag. Its hard work! I still loved it. I loved the challenge, and knowing mine could be the hands that produced this luggage was exciting!

In February 2015, my workshop officially opened to what will be Chopper Industries. In addition to the custom work I do, the Chopper Bag came on board as an official product. More products that I develop will join the menu and I (and I know Jenni) would love to see so many more Chopper Bags and their kin out in the work.

Check out the testimonials and reviews from the web. The links are on this website. 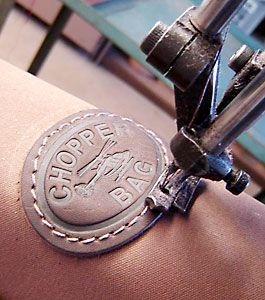 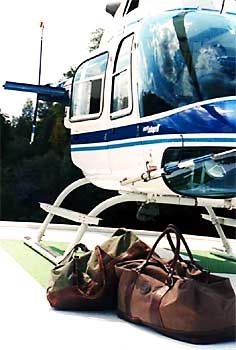 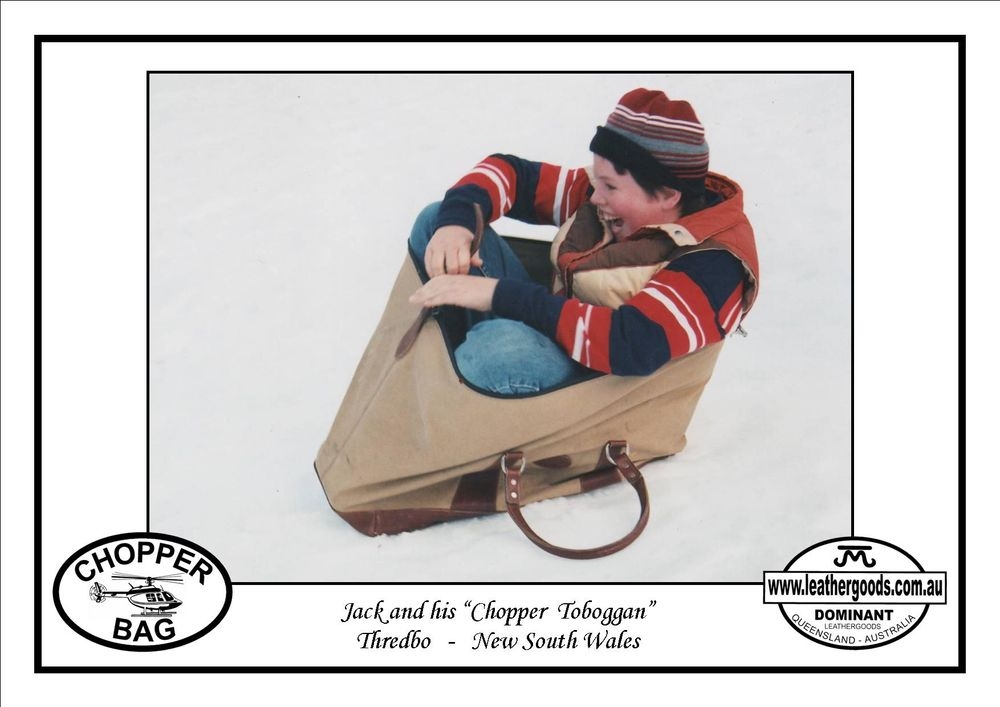 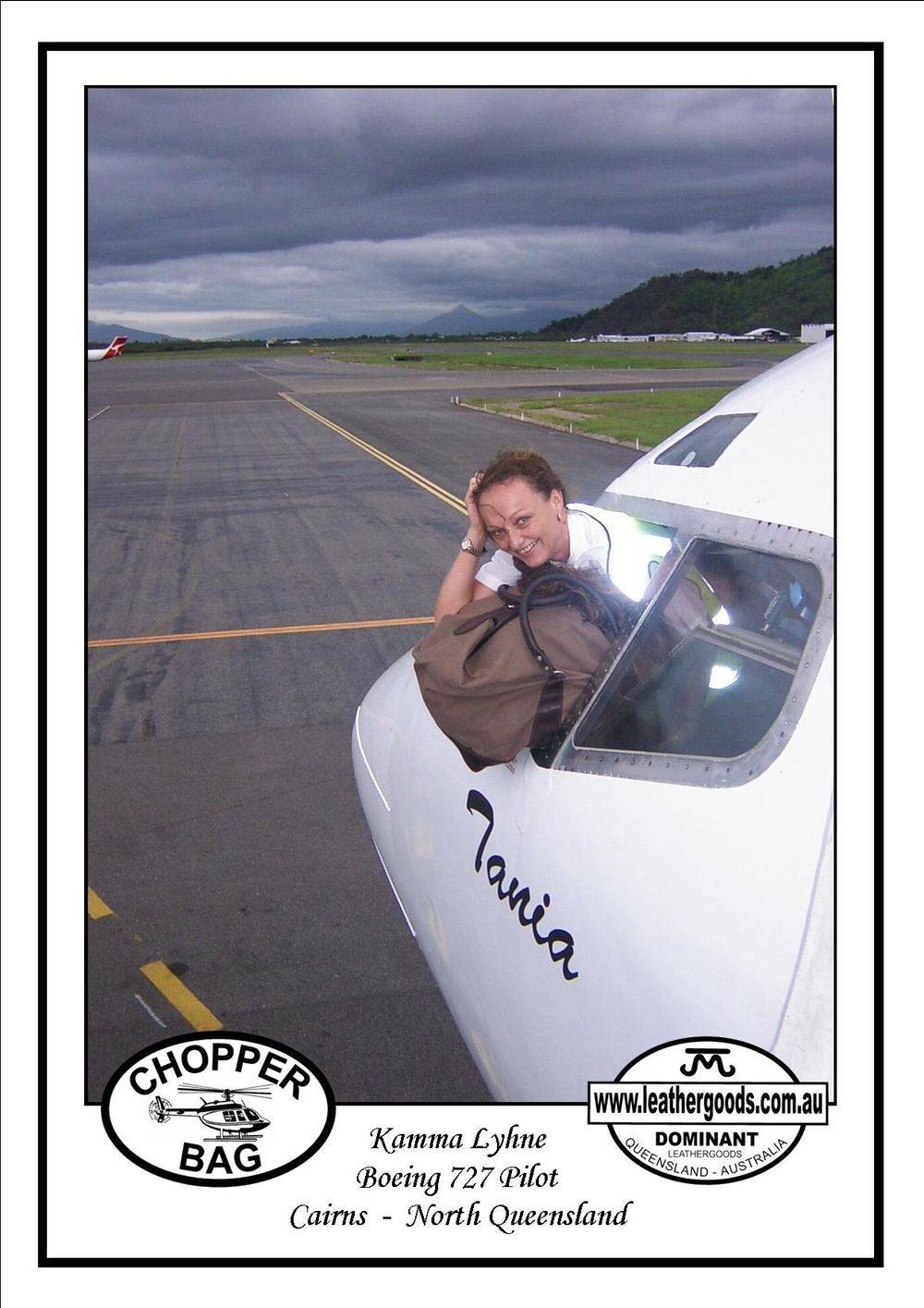 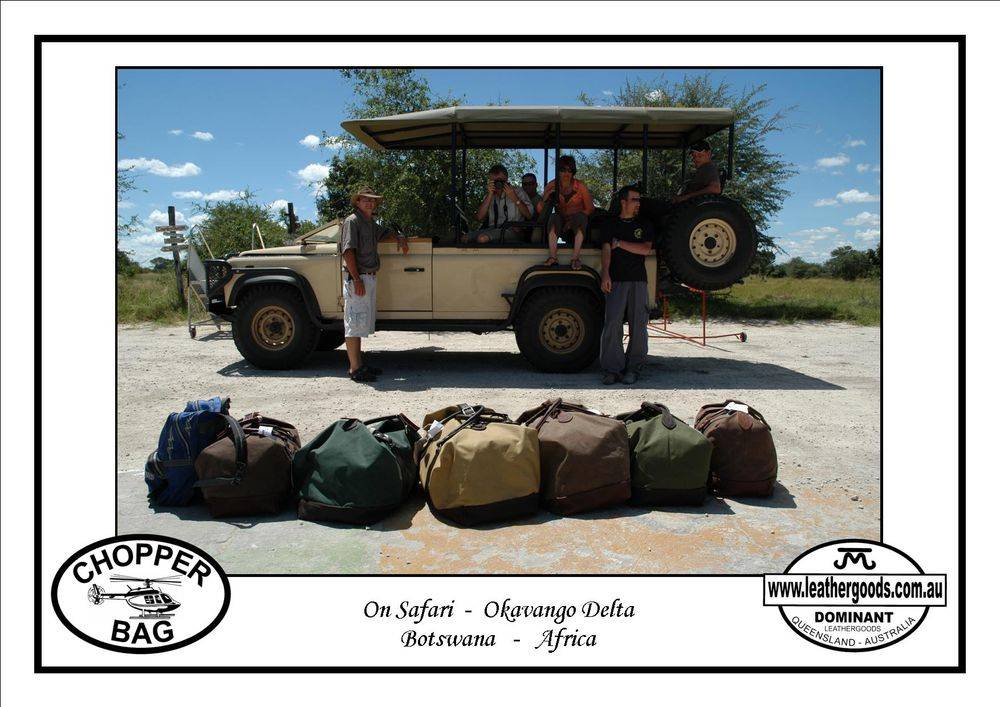 The Chopper Bag is A proven design. Around since the mid 1990's and those bags are still going strong.

The design is timeless. Still in demand.

Best of all, its still handmade in Australia using Australian materials and suppliers.